Ranked Choice Voting helps your vote matter. By prioritizing the candidate that the majority wants in office instead of pushing voters to vote against the candidate they don't want in office, RCV leads to a voting system we can all agree on. Organizations, political parties, and politicians across the state have reached out to endorse this newer, better voting system; will you be our next endorsement?

Cleveland VOTES is a nonpartisan democracy building and mobilizing entity that aims to strengthen civic muscle and power to ensure we have a more informed, participatory, and cohesive community. 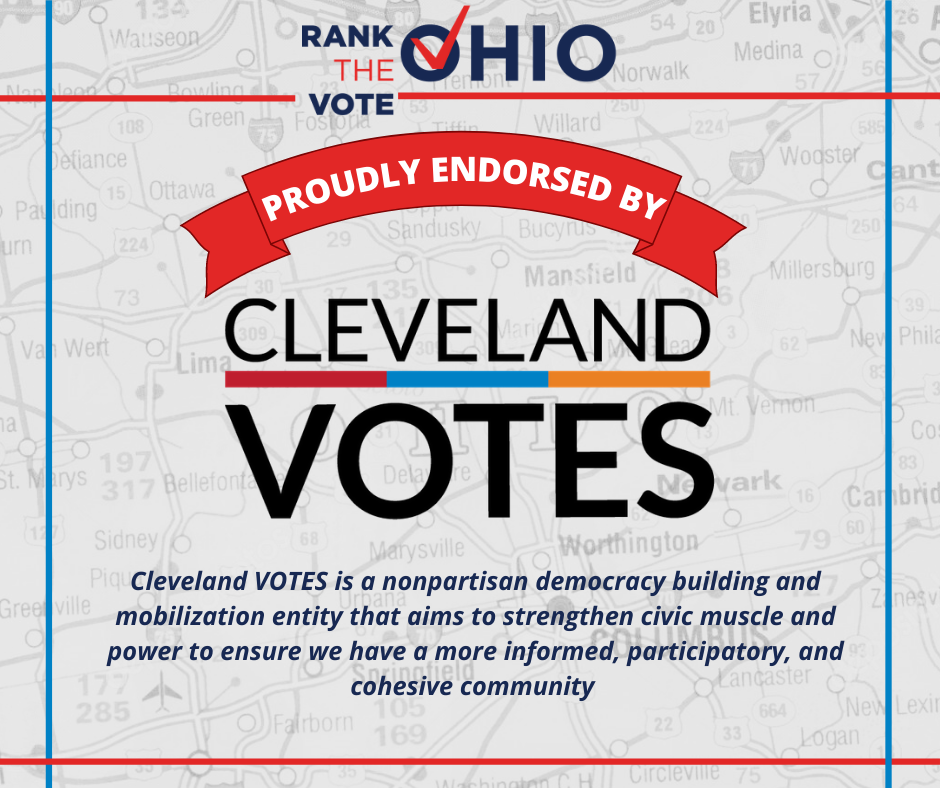 Movement for a People's Party

"Ranked choice voting is a part of our national platform at the People's Party because it empowers people by removing the false choices that we are often faced with in elections. Instead of voting against candidates we don't want, with RCV we will be free to vote for candidates that support our values and vision for Ohio" 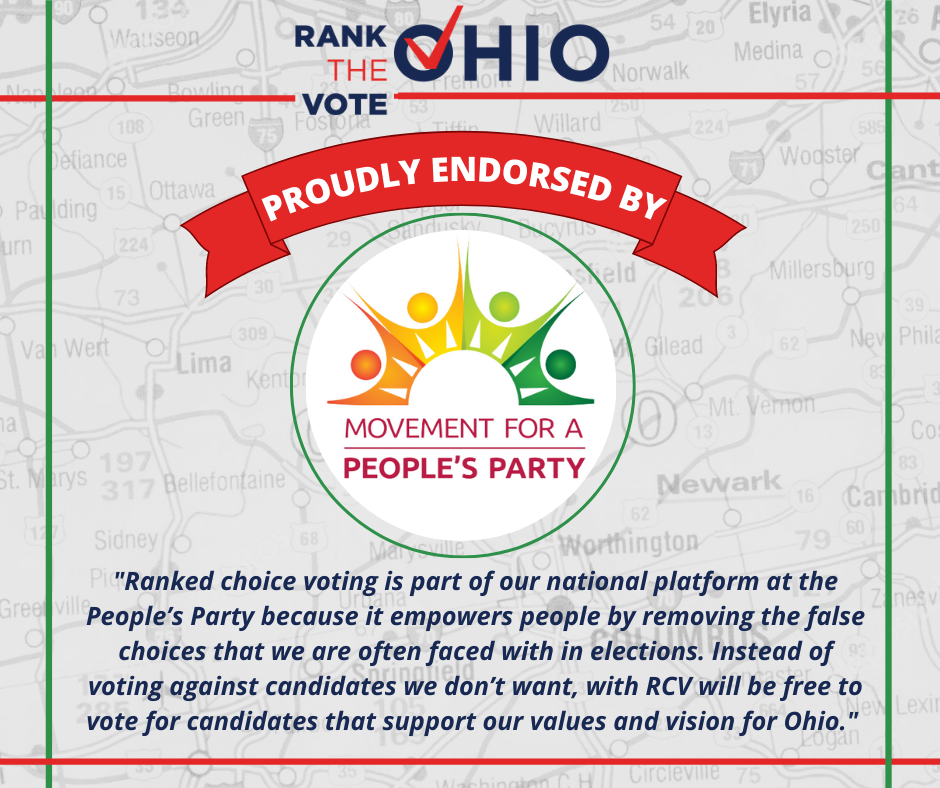 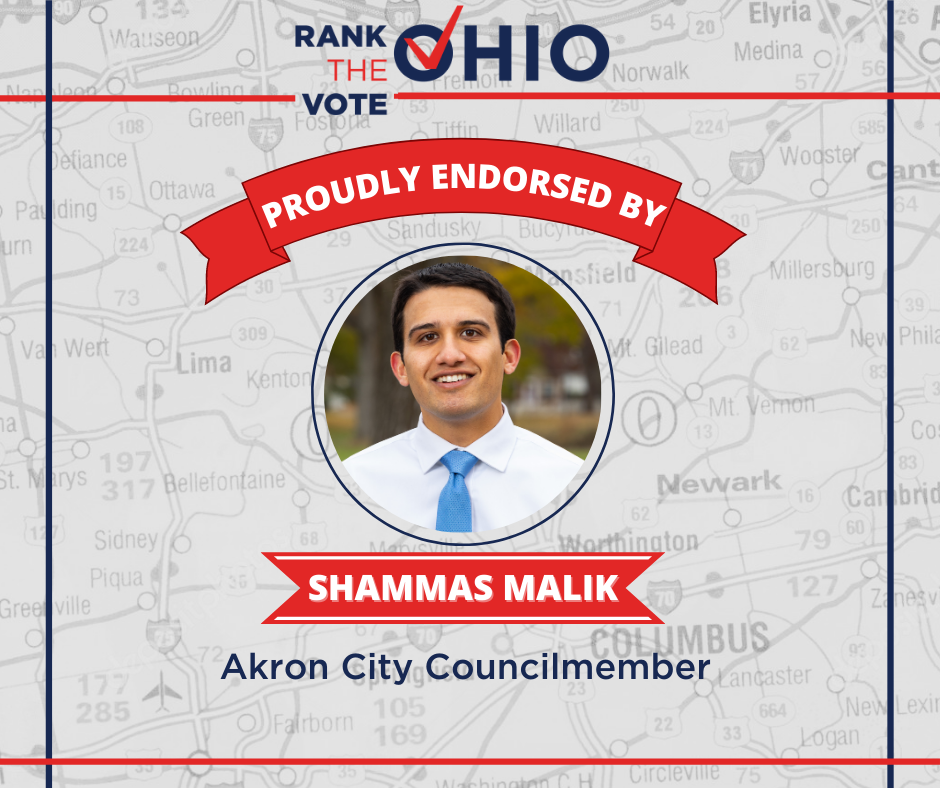 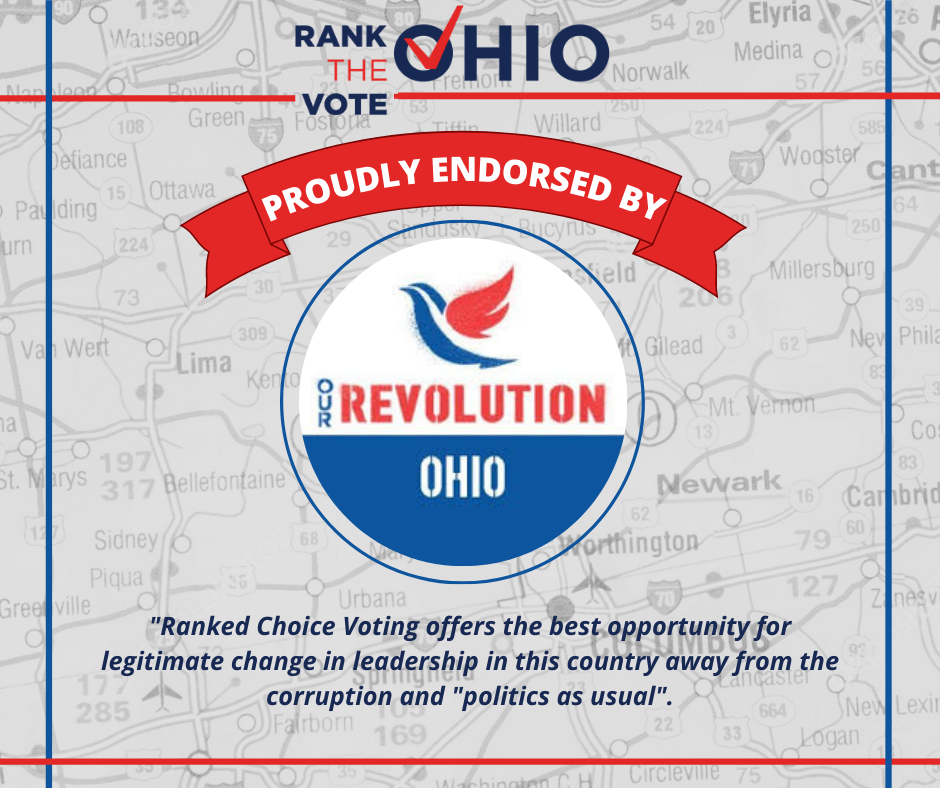 "We believe that the political party options are too constrained and do not serve the people of Ohio well. The best way to be represented at the ballot box is to avoid simply voting for the lesser of two evils." 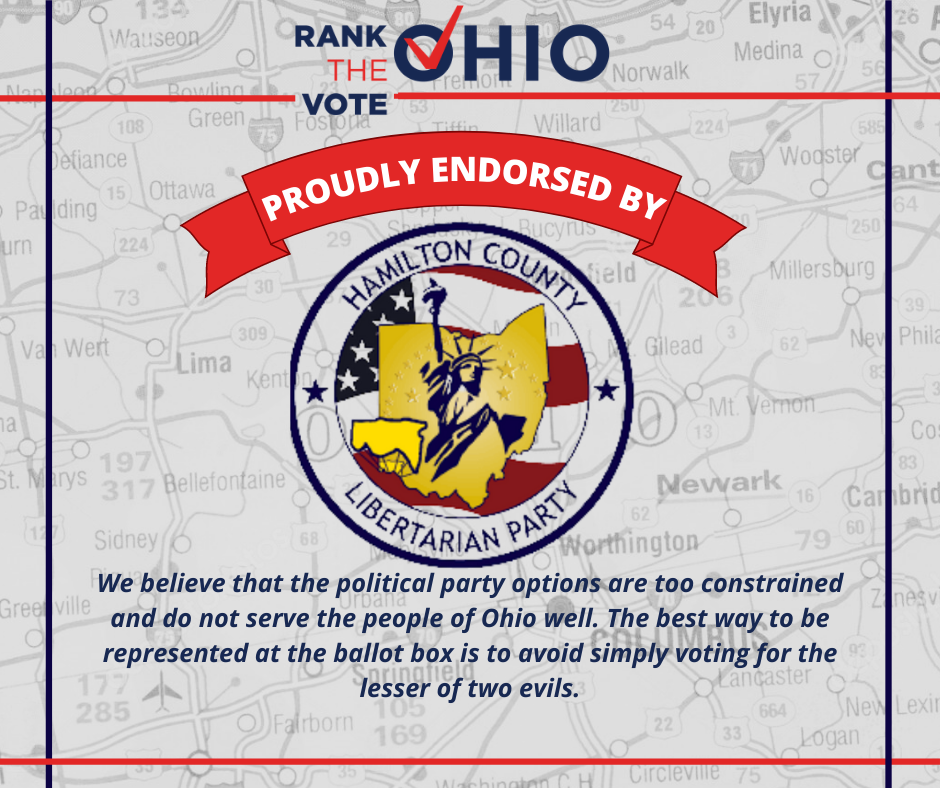 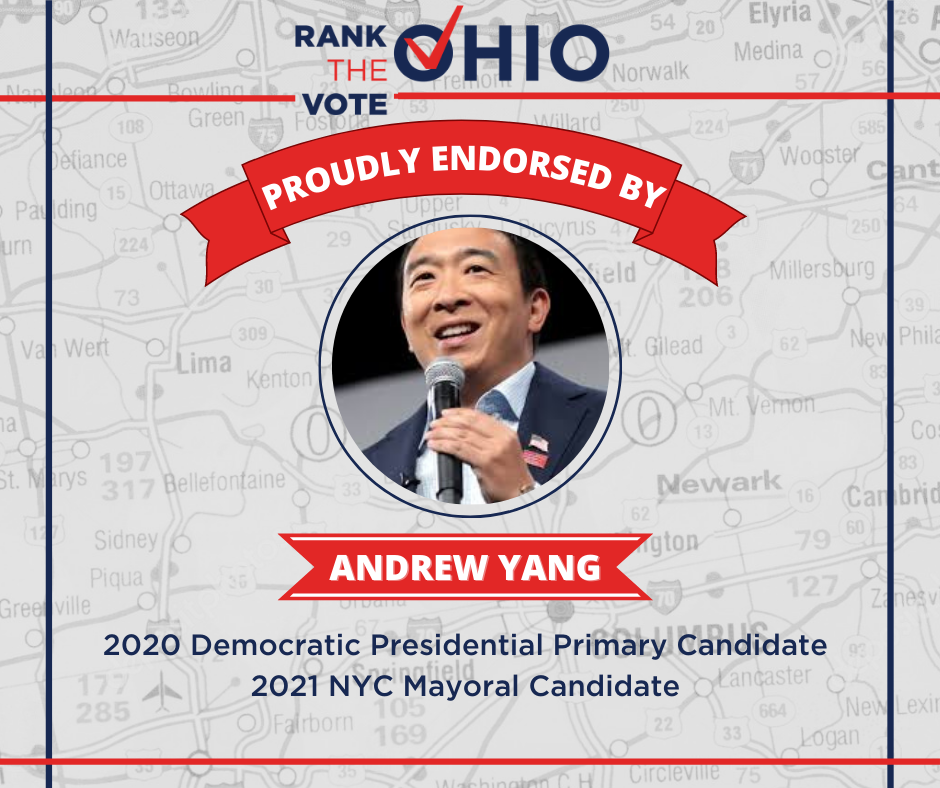 "The Green Party seeks to repair our electoral system, from how elections are financed, to conducting them in more fair and representative ways, to ensure accountability and transparency on  all levels of government. We fully support Rank the Vote Ohio to ensure that the eventual winner has majority support and allows voters to express their preferences knowing that supporting their favorite candidate will not inadvertently help their least favorite candidate." 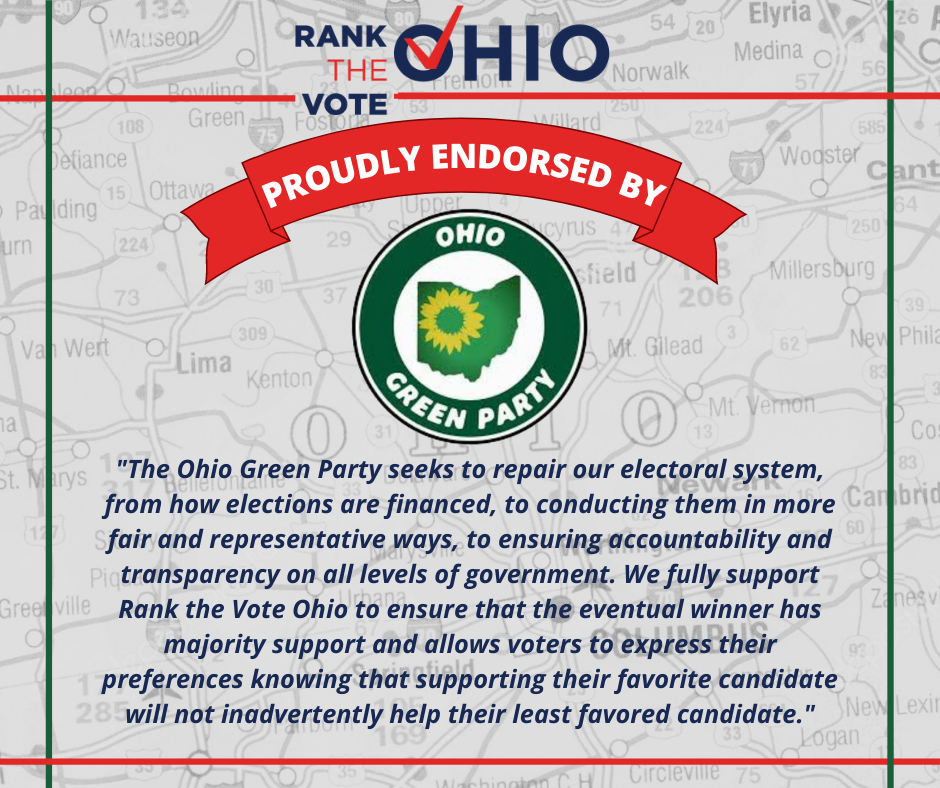