Rank The Vote Ohio provides a simple solution for Ohioans who feel their vote carries little weight because choices at the ballot box are typically ones that don’t represent them enough. As a result, campaigns continue to create deeper divides amongst the public. That’s why, instead of focusing on the politicians, we are focused on building a movement for a simple upgrade to the way we vote. In the end, Ohioans are engaged in a conversation about electing people through a system that brings them together: Ranked Choice Voting. Below, some of our leaders share why they are passionate about Ranked Choice Voting in Ohio.
Justin Wells - Co-Executive Director

Representation is only possible if ALL constituents are listened to, and you are able to replace the representative if they are not doing the job you wanted them to do. If all it took to win an election was 30% of the vote, what reasons would you ever have to listen to the other 70%? Continue to compound that issue for years and you will soon have a populace that no longer believes their representatives ever do what they want, and no longer believe that politics is worth paying attention to or understanding. This is where we are now, and the only way to dig ourselves out of the hole we are left in is to fix the system that caused the problem. With ranked choice voting we can demand a majority of support from our representatives, and we can also discuss new ideas systems of governance. We can show people a brighter future that we believe in instead of how scared we are of the other candidates or what they might believe. Help us make ranked choice a reality and vote for a better future, one that you believe in, and stop voting out of fear for what might happen if you don't. 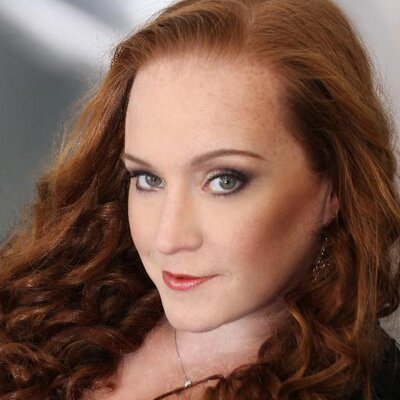 Ranked Choice Voting presents a unique and compelling way to inject kindness, empathy and collaboration into American Politics. Everything about this method of voting encourages the candidates and the voters to find points of agreement. The systemic negativity, cynicism and polarization can be effectively removed from American Politics by reframing our voting around the question: "What do we have in Common?" 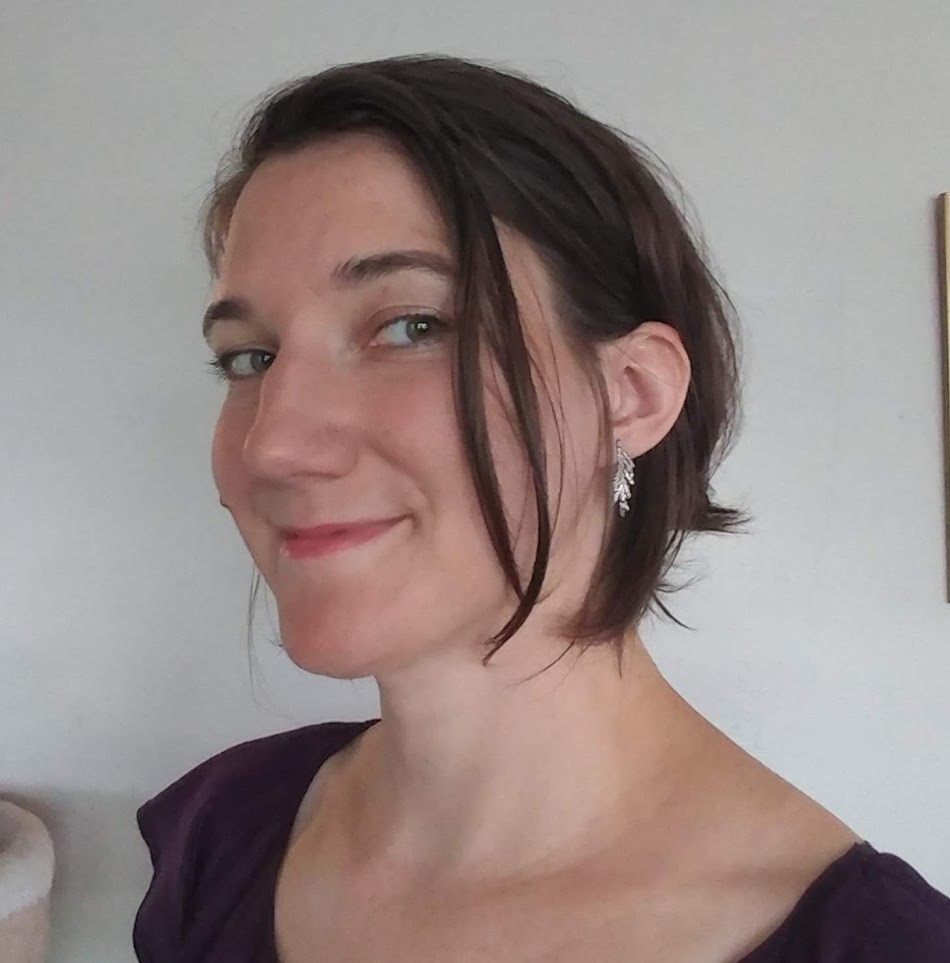 I support Ranked Choice voting because I believe that no one should hold office and make policies unless they have a majority support. 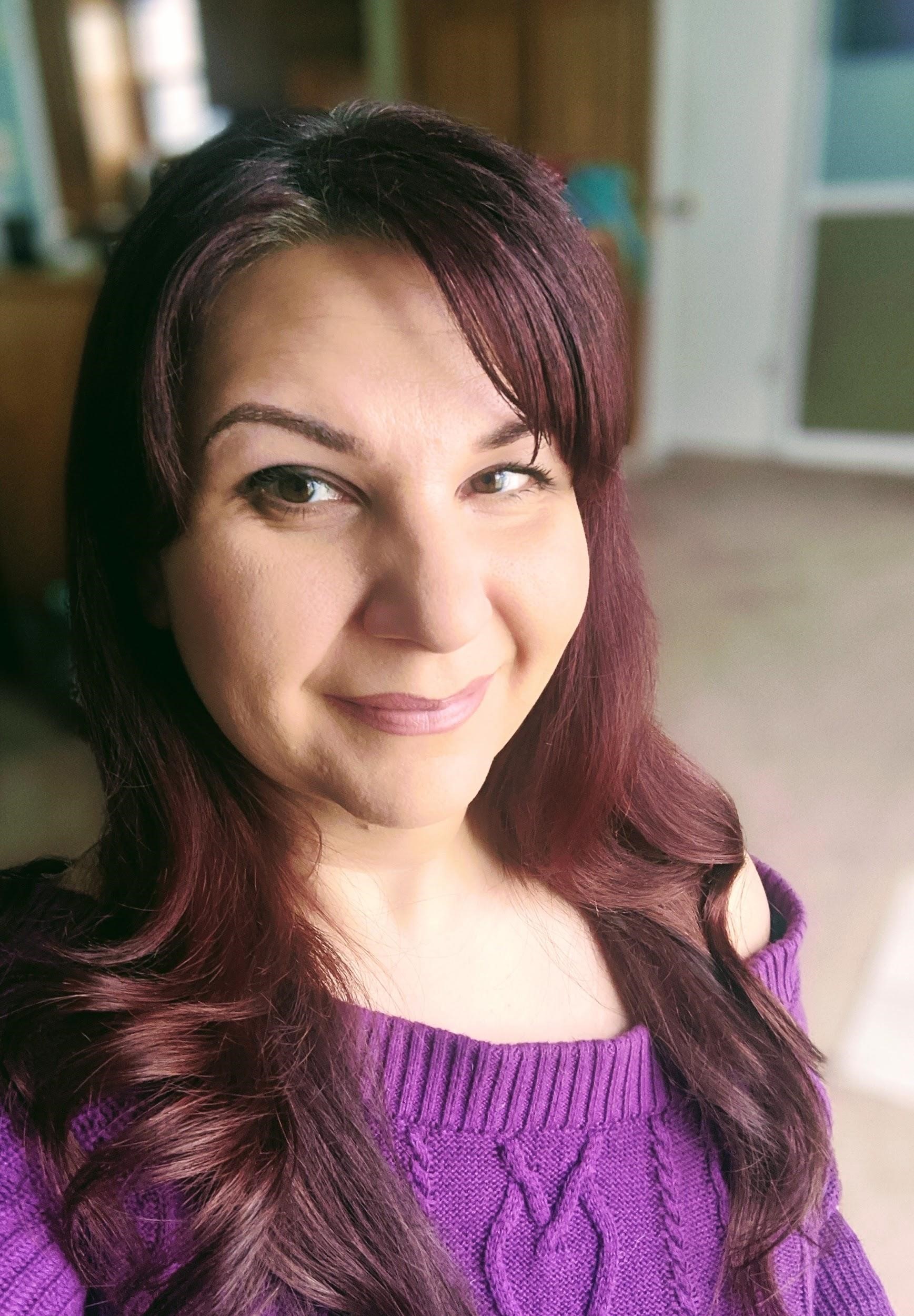 I became a proponent of ranked choice voting due to frustration with having only two powerful parties in the U.S. This became evident during the Democratic presidential primaries last year, when despite having a large and diverse field of qualified candidates, we ended up with a candidate that everyone deemed ‘safe’. I’d like a voting system where we are finally able to ‘vote our hopes, not our fears.’ Ranked choice voting will minimize strategic voting, giving voters the opportunity to vote for the candidates they actually support and not just against a candidate that they fear. It would also help to negate ‘vote shaming’ those who choose not to vote strategically. 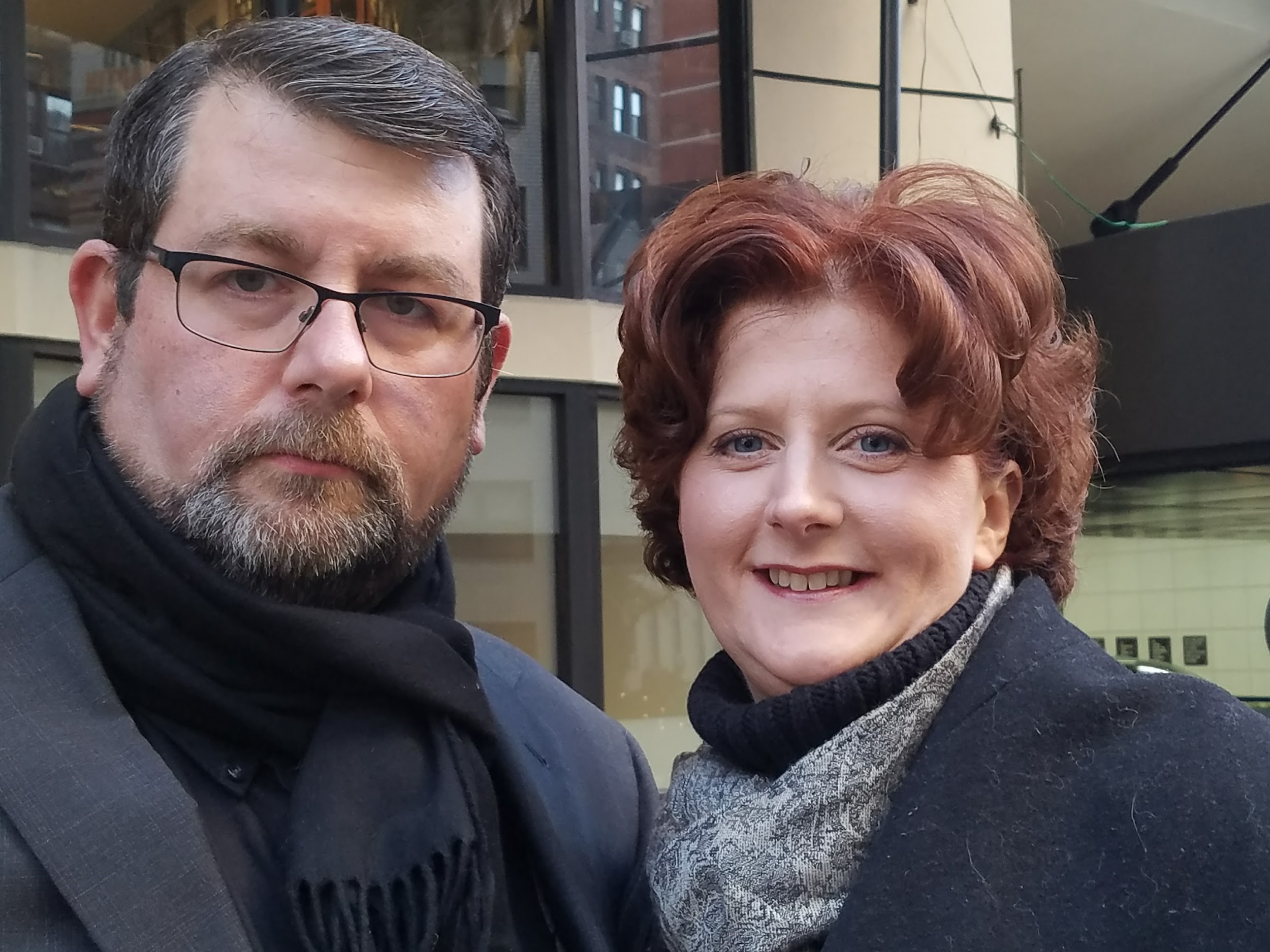 Craig and Kelli Clawson believe that it's high time that our politicians and civic leaders listen to the people instead of the large corporate donors. Both the republicans and democrats have forgotten they are of the people. By instituting Ranked Choice Voting, we inject competition into the political duopoly, and allow the marketplace of ideas to grow.

I am for ranked choice voting, because it's the fair and effective way to vote. When we were in school we learned that America was based on an idea of majority rule to ensure the populous of the country could choose its direction, yet we find ourselves using not a majority but in fact a plurality to decide what direction the people want the country to go. It helps diversify our party system to better fall in line with the founding fathers, who had hoped political parties would be non-existent in our country due to the division that arises. We are seeing that division more now than ever with our current two-party platform. 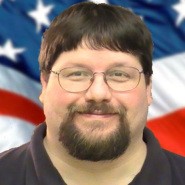 I have supported ranked choice voting as a start to fixing our broken and bloated elections system. I grow tired and frustrated that the election laws and systems favor only the two major parties. Reform needs to start somewhere and adding something easy like ranked choice voting to Ohio elections would help empower other voices for change. Politicians are supposed to work for us the voter so we need something that returns some power back to us to decide who we want to represent us. 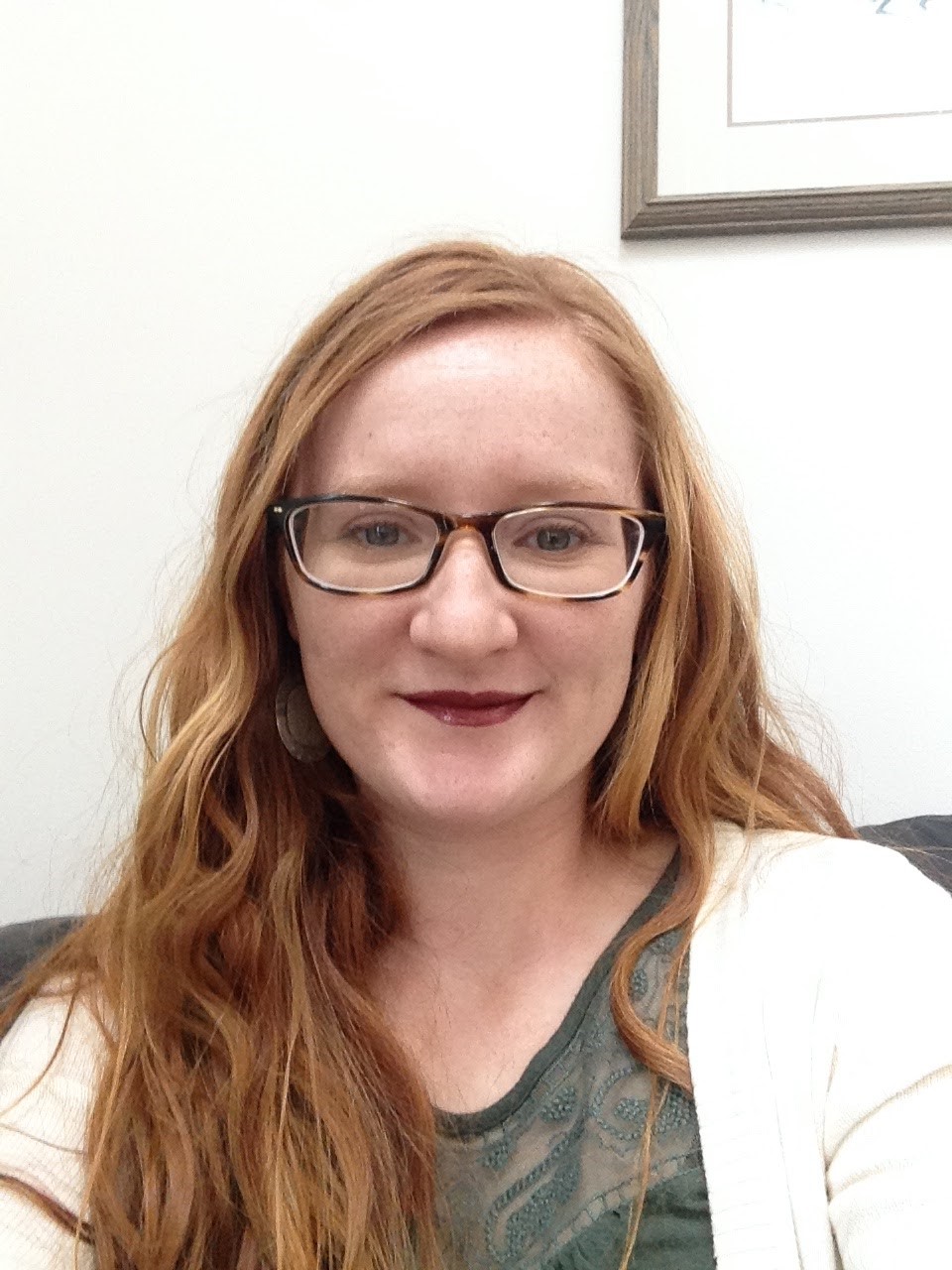 I'm excited to work towards ranked choice voting because I believe it will make it easier for us to hold our elected representatives accountable. iWith RCV, there aren't just two options from opposite ends of a spectrum - we can have the space to vote for other people without sacrificing a vote for the policies we support. 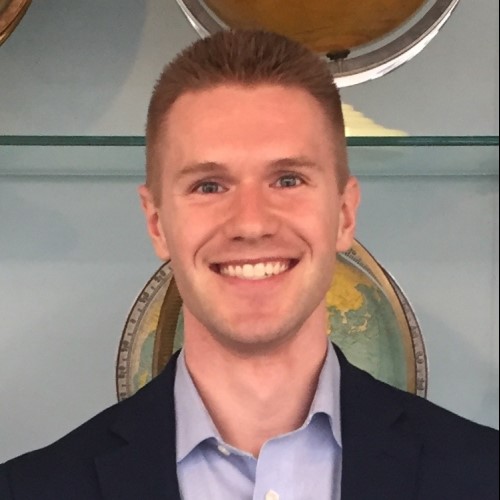 Working on constituent services at the local and national levels convinced me that in order to elect leaders who respond to the needs of a majority of citizens, we need elections where they have to win a majority of votes—not just a plurality from a partisan primary. #RankedChoiceVoting incentivizes politicians from across the spectrum to build coalitions for the common good, instead of inflaming their base with tribalism. 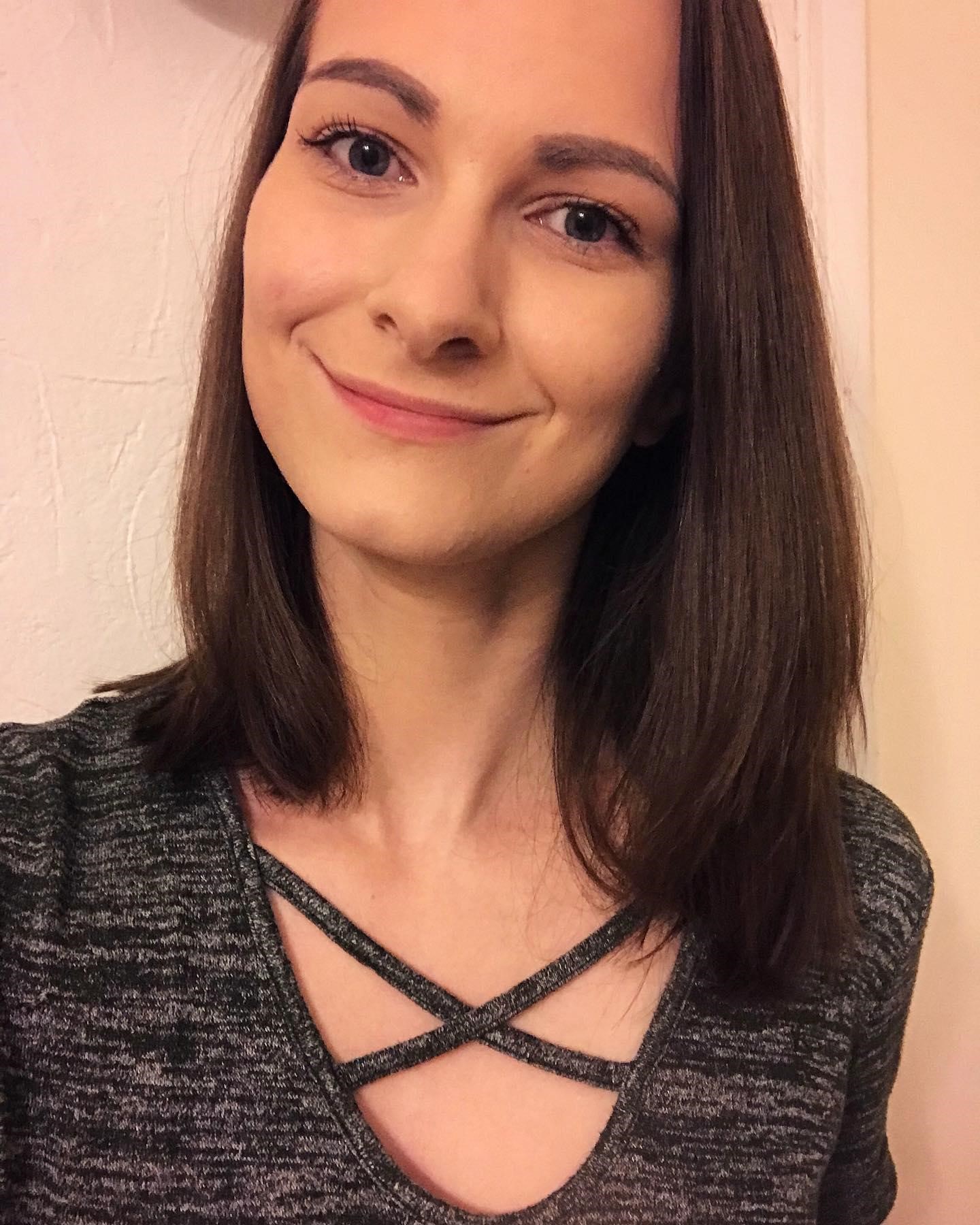 Our current voting system isn’t working for the majority of people since a candidate currently doesn’t have to seek a majority of the votes to win an election. Ranked-choice voting ensures a candidate cannot win without a majority (50%) of the votes or higher. This creates a voting system with far less negative campaigning, and allows voters to cast their 1st choice vote for who they truly believe in.

Intense, seemingly unending political polarization has plagued American democracy for far too long, and our current electoral system is partially to blame. American elections only allow voters to select one candidate on the ballot and only require candidates to receive ‘the most votes,’ rather than a true majority. Candidate, party, and voter incentives are deeply misaligned, and we must seek reform as soon as possible to protect our nation’s democratic values and safeguard our institutions.

I support Ranked-choice voting because it represents a proven, viable alternative to our current flawed electoral design. Under RCV, candidates and parties are encouraged to seek compromise on policy and are discouraged from disparaging each other through negative campaign tactics. American voters’ preferences are granted newfound weight, since RCV ballots enable us to provide our full-range of political preferences through the ability to make multiple candidate selections. The candidates who win in RCV elections will have been endorsed in some way by more than half of the voters, fostering more buy-in for the election results and giving representatives a more significant mandate to lead. RCV also promotes the election of more female and minority candidates, giving our state and federal legislatures a much needed boost in terms of diversity.

Ultimately, RCV is designed to elect the most representative representatives, in the most democratic fashion possible. It is the reform that American democracy needs to get back on track.

Kristen is passionate about making sure all voices are heard and believes Ranked Choice Voting will bring us closer to that. When you have more candidates with diverse ideas, it's a recipe for bringing people together instead of tearing them apart.